“Share the gentle presence of God to the world, as Mary did.” This is the theme of the Marist Vocation Jamboree 2017 held in Matti District Catholic Centre, Brgy. Matti, Digos City, Philippines last September 2-3, 2017.  The event was hosted by the Marist Fathers’ Community in Matti, Digos City headed by Fr. Christopher Thadeos Ganzon, s.m.  The activities were facilitated by the vocations directors of the Marist Fathers, Marist Sisters, and Marist Missionary Sisters.  The Marist Brothers of the School were celebrating a perpetual profession of vows and several candidates took first profession of vows on the same day when the Jamboree was happening.

The event intended to introduce the Marist history, spirituality, ministries and vocations to the young people who were seeking to respond to God’s call.  It was a combination of lectures, reflection and sharing, games, prayer, meeting new people and experiencing the missionary parish of Matti ministered by the Marist Fathers. 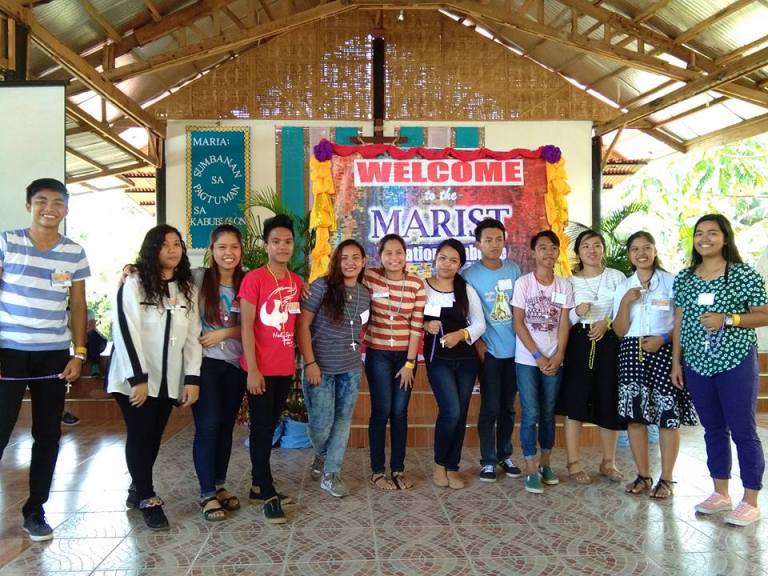