The Brothers and Priests of the Society Mary was blessed by the Profession of the ten newly religious members of the little Society of Mary at Marist International Novitiate Community last January 25, 2015.

In return, Fr. Martin McAnaney, sm, of the Province of Europe and representative of the Superior General, accepted the vows of these young Marists.

This joyful occasion kicked off with the celebration of the Eucharist which was presided over by Fr. Lauro, sm.

It was even more graced by the presence of the different branches of the Marist family, family friends from Digos City and the friends and neighbors of the Novitiate community. Despite the joyful atmosphere of the celebration, the former novices and their family friends were a bit emotional for this was also the time where they said goodbye to each other. Indeed, they were able to touch the lives of these people that they journeyed with over the last year.

After the mass, the newly professed members proudly presented and posed in front of the newly built grotto of Our Lady which was personally constructed by them.

In the midst of their friends and those who were involved in their formation, Sam(uela) expressed his heartfelt gratitude and thanksgiving for their formators, Marist families and for all that became a part of their journey here in the Philippines. He wished everyone to continue praying for them as they now live out their promise to God and to the Society of Mary. 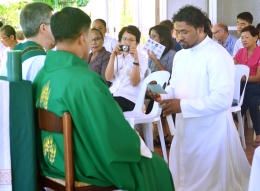 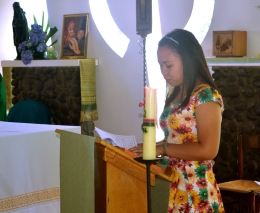 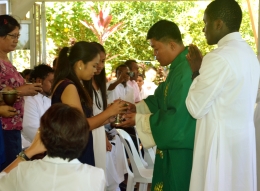 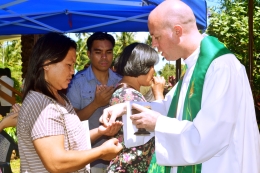 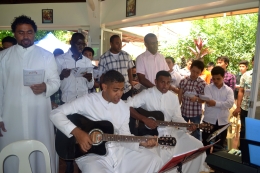 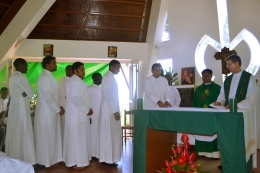 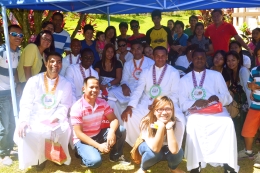 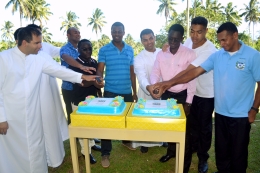